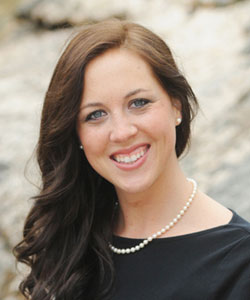 MCEDA is pleased to announce the promotion of Penny Townson to the position of Vice President of Morgan County Economic Development Association. Penny joined MCEDA in 2014 as Project Manager and has worked closely with our existing industry program, new business recruitment efforts, and many special projects. Penny’s role at MCEDA continues to grow through her daily work experiences and her continued education focused on successful economic development.

Penny is a native of Memphis, Tennessee and received her B.A. degree in History and Master of Public Administration from Auburn University. She currently resides in Decatur with her husband, Brad, and son, Henry. “Penny has become a vital member of our economic development team and we congratulate her on this well-deserved accomplishment,” said Jeremy Nails, President and CEO of MCEDA.